Niagara Falls are a set of three falls:  American Falls, Bridal Falls and Canadian or “Horseshoe Falls”.  They fall from a height of 176 feet with a water volume of 567,811 litres per second which would be more were it not for the two hydroelectric plants which draw water into their reservoirs prior to the Falls.

The falls are located on the boarder between Canada and the United States with, according to a United States Geological Survey almost 1/3 of the Canadian Falls lying within US territory. 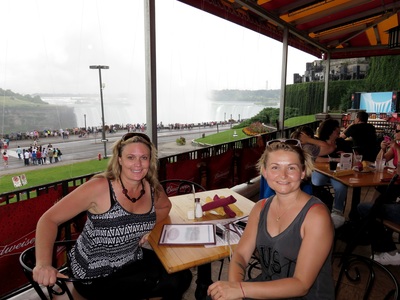 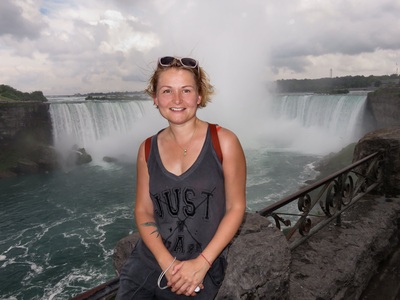 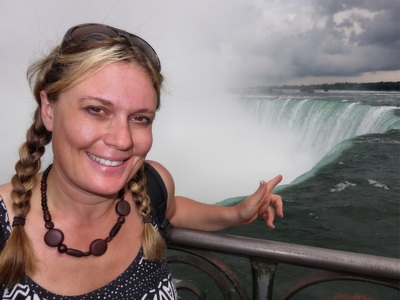 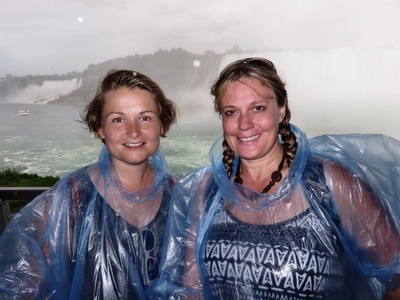 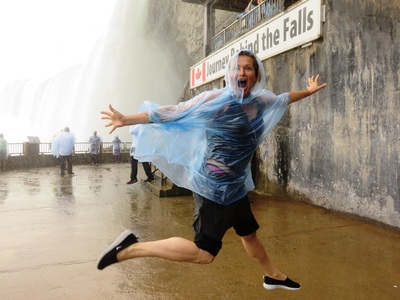 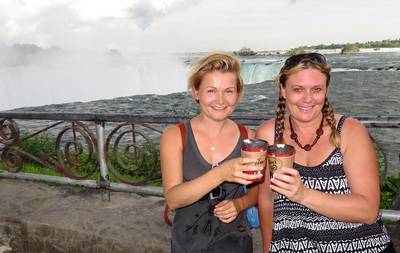 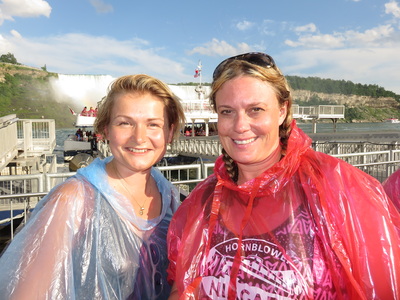 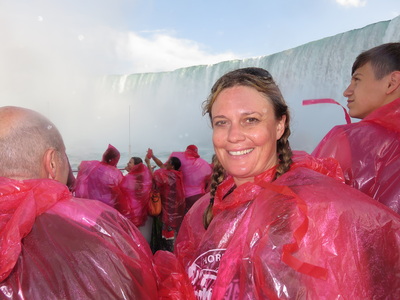 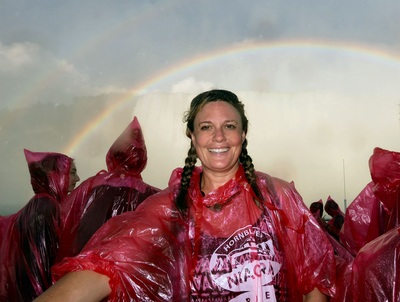 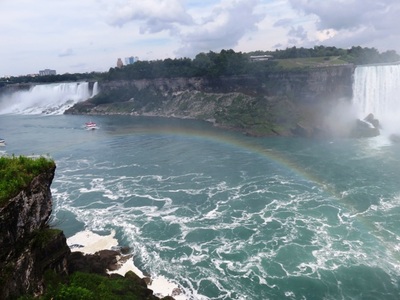 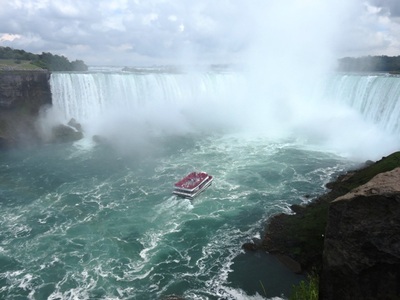 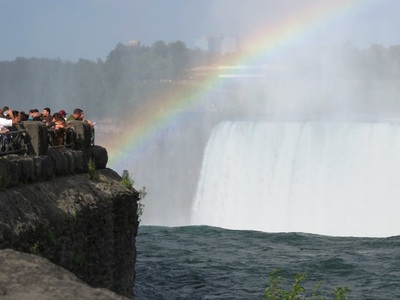 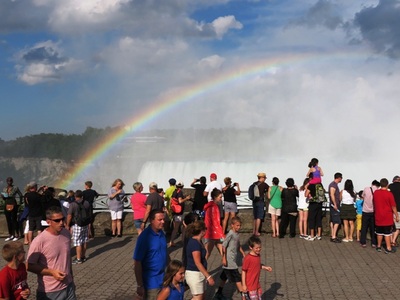 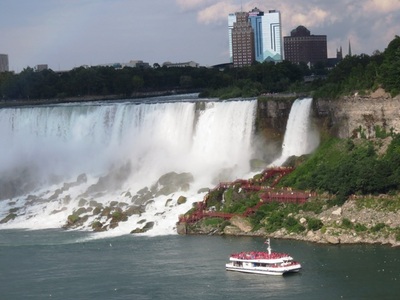 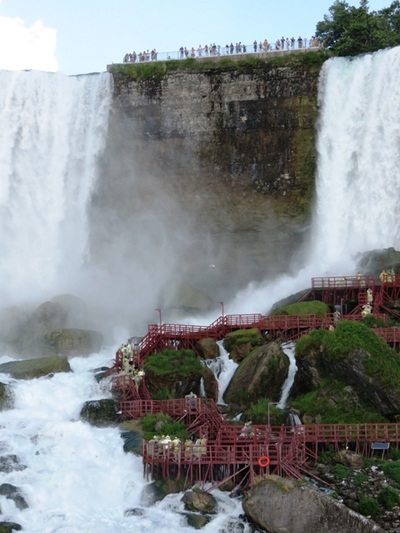