Walk Across the Glass Floor of the CN Tower

CN Tower: 15 Fascinating Facts15 Reasons the CN Tower is One of Toronto's Most Celebrated Landmarks

1.The CN Tower at 553.33 meters (1,815 ft., 5 inches) was once the tallest building, tower, and freestanding structure, but as of 2010 retains the title of world's tallest tower.
2.Construction on the CN Tower began on February 6, 1973 and wrapped up about 40 months later in June 1976.
3.1,537 workers toiled five days a week, 24 hours a day to build the CN Tower.
4.The CN Tower was built at an original cost of $63 million.
5.On April 2, 1975, onlookers gazed up in amazement as a giant Erickson Air-crane Silorsky helicopter placed the final piece of the CN Tower's antenna into place, officially making it the world's tallest building.
6.The CN Tower was built to withstand an earthquake of 8.5 on the Richter scale (the Kobe earthquake in 1995 was 7.2 on the Richter scale). The upper reaches of the CN Tower were built to withstand winds up to 418 km/h (260 mph).
12.On a clear day, visitors to the CN Tower's observation deck can see over 160 kilometers (100 miles) -- that's all the way to Niagara Falls and across Lake Ontario to New York State.
13.The CN Tower has a hollow 1200' hexagonal core providing stability and flexibility to the full height tower.
14.The CN Tower's Glass Floor was the first of its kind when it was opened in June 1994. It is 23.8 square meters (256 sq. ft.) of solid glass and 5 times stronger than the required weight-bearing standard for commercial floors. If 14 large hippos could fit in the elevator and get up to the Observation Deck, the Glass Floor could withstand their weight.
15.The 360 Restaurant makes a complete rotation every 72 minutes giving diners a changing view of Toronto more than 1,000 feet below. 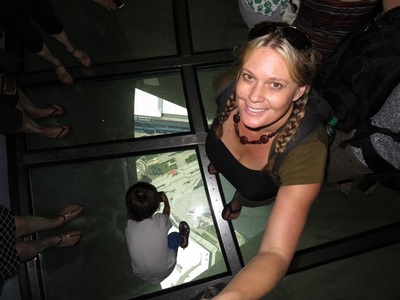 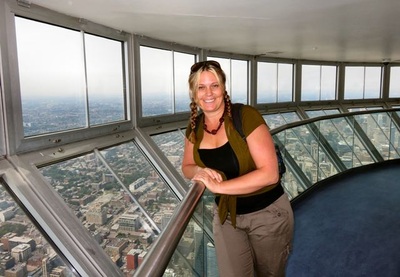 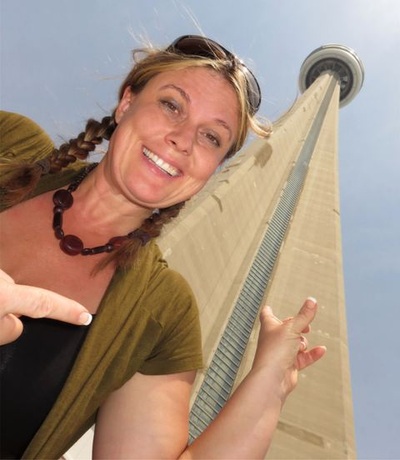 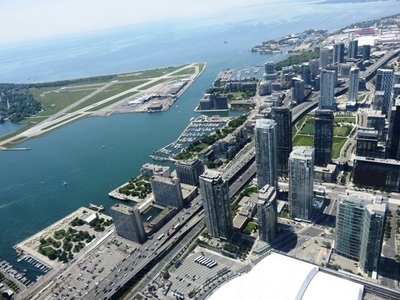 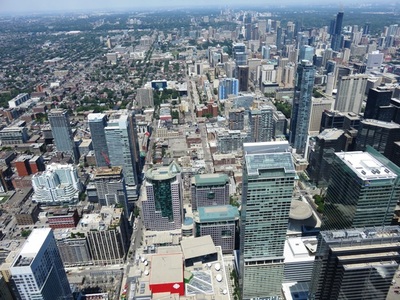 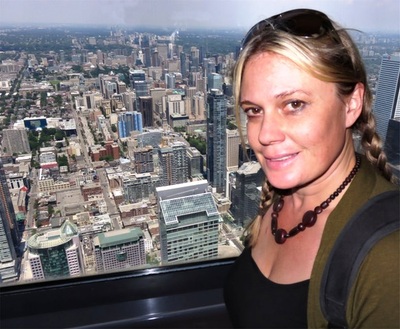 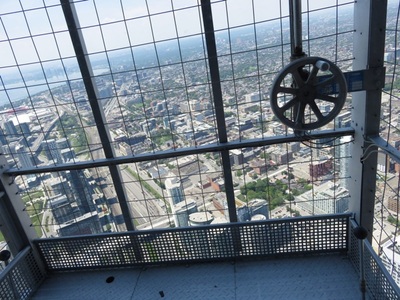 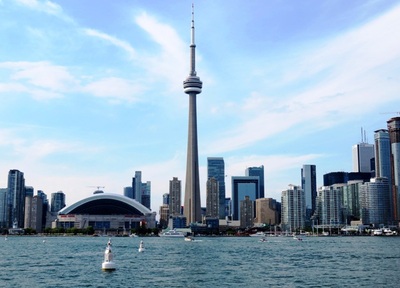